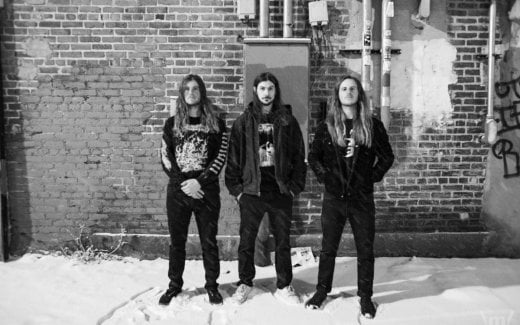 Denver, Colorado’s The Munsens are back and are planning to release new music soon. On January 13, they will drop a new track, “Sacred Ivory.”

This song will pick up where the band left off with their 2019 release, Unhanded. It still has a distinctly doom sound, but a lot more death metal creeps its way in to the band’s newer stuff. They also plan to drop a new LP this spring, and this song is the first taste.

About the track, guitarist and vocalist Shaun Goodwin says:

“‘Sacred Ivory’ is a song we’ve been working on over the last couple years, reflecting on substance abuse and its powerful stranglehold. It’s one of the shorter tracks from the new album we’ve been writing, but a good representation of what can be expected on that release.”

The post The Munsens Announce New Single and Plans appeared first on MetalSucks.