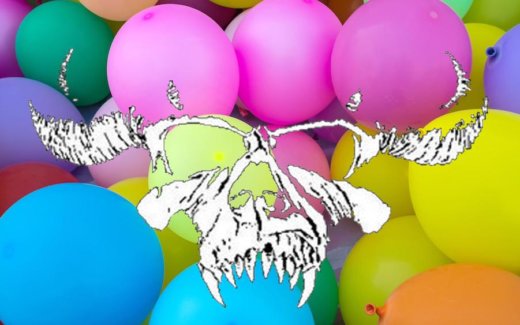 Ah, shit, it’s Danzig‘s birthday! Did you get him something? Yeah, me neither. Ah, shit, AGAIN. This KEEPS HAPPENING.

Man, this is classic me. Every year, I tell myself, Rhombus, you’re going to remember Danzig’s birthday this time if it kills you. It’s the day before yours, and that dude has given you so many years of great music. Get with the fucking program. And then I totally blow it and forget. It’s in the summer, so I’m so caught up in whatever thrash and death metal album is blowing up at the time, and I never think about spooky shirtless people until Halloween’s coming around and I’m far enough past it that it’s almost an insult to get him anything at that point.

What about everyone else, did they get him anything? What’d Frank get him? Motorcycle gloves studded with wolves’ teeth? Shit, that’s pretty good, wish I’d thought of that. What about Greg? Damn, that Folio Society edition of Dracula. Wow, those guys thought ahead. They keep Danzig in their hearts all year round. God dammit.

It’s not like I didn’t think about it! Man, even earlier this year, I saw this bronze model of a succubus skeletonized from the waist down, and I thought, You gotta get this for Danzig, he’ll love it, and this time you’ll show him that you remembered his birthday. But then I started watching videos of zoo animals getting pissed off, and I got distracted, and now here I am phoning it in again. Man, I’m a shitty friend, or listener, or whatever my exact relationship with Danzig is. I even wrote that joke piece that everyone thought was a tour announcement.

Maybe I could get him something, like, tongue-in-cheek, and ironic. Like, what if I got him some cat litter? I could just stop by the Sim’s, and- — no, because it’d be funny, because remember when…no, no, you’re right. The dude is not a funny gift kind of guy, Portlandia or no. I’m just making excuses.

You know what, I’m going to own this. I’m going to post something on his Facebook, and then I’ll get him something today or tomorrow. I mean, he’ll sacrifice me to the Devil, but hey, it’s the thought that counts.

The post S***, I Forgot to Get Danzig a Birthday Present, AGAIN appeared first on MetalSucks.