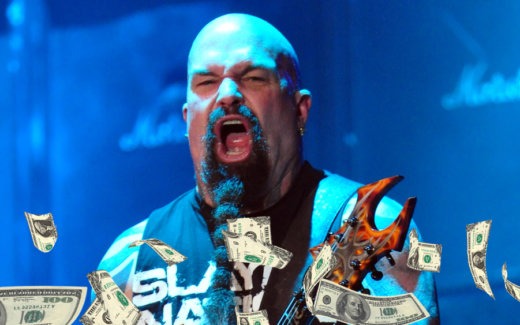 It looks like thrash titans Slayer aren’t going to get the $133,000 over which they sued Iceland’s Secret Solstice Festival.

When the band sued the festival organizers in 2019, their lawyer Jón Gunnar Ásbjörnsson…

“…wrote a letter to the city on the matter, stating, among other things, that in addition to having not paid the aforementioned claim, the representatives of the festival have retained 20 percent of Slayer’s income to pay withholding tax to the tax authorities.”

However, according to a news piece on Iceland’s Visir (via Google Translate), things have gotten more complicated. Basically, the festival’s original owners were sentenced to pay K2 Agency Limited, the company representing Slayer, what they claimed was owed to them, but then went bankrupt and sold the festival to several companies.

Soon after, Víkingur Heiðar Arnórsson, the managing director of Live events, one of the companies that bought the festival, said in the media that all debts would be settled. K2 said that this statement was binding, a sentiment that was upheld in district court…but overturned in national court. See? We told you it was complicated.

But that’s not all:

“With regard to K2’s claims for damages, the National Court pointed out that there was a final judgment that Friðrik Ólafsson should pay the financial claim. K2 had received legal storage in an apartment owned by Friðrik to secure the claim and demanded the forced sale of the apartment to enforce the claim.

“Therefore, the court did not consider that the financial claim of the agency company could be paid by Friðrik. It would not be timely to demand that Guðmundur and the three companies make the payments. Therefore, Guðmundur and the clubs Live events, L events and Lifandi viðburðir were acquitted according to K2’s requirements at this time.”

So basically, K2 find themselves in a weird catch 22 here.

We’ll see if Slayer ever get their money, but it’s looking doubtful. And while it’s easy to consider them greedy or money-hungry — biggest metal band in the world versus a broke Icelandic festival — if they played the show, they should get what was promised to them.

Thanks to Watching The Fallout for the heads up!

The post Looks Like Slayer Won’t Get the $130,000 Owed to Them By Iceland’s Secret Solstice Festival appeared first on MetalSucks.