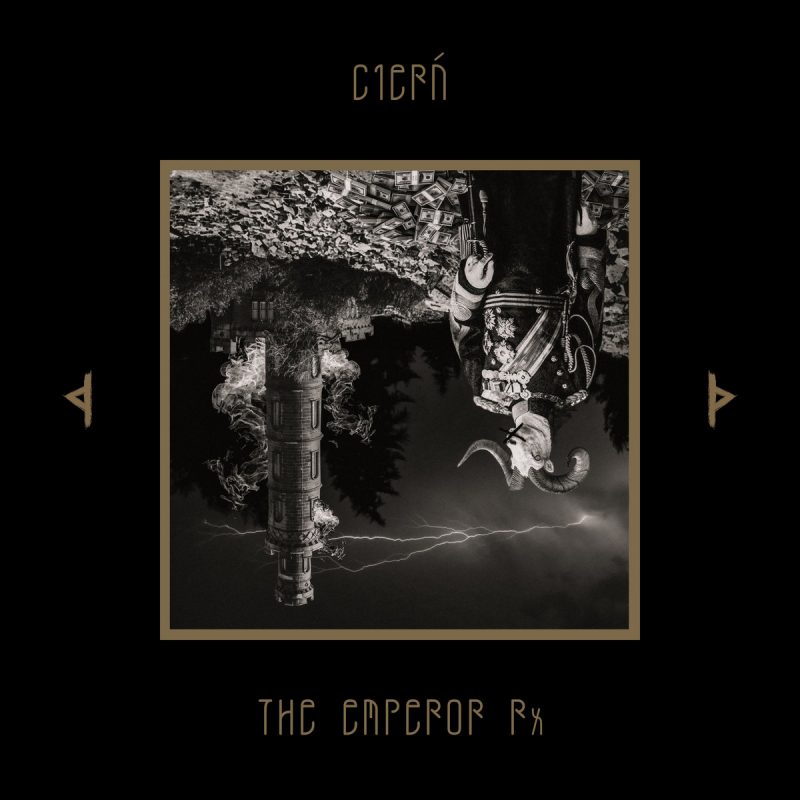 “We must stand unified.”

CIERŃ’s new LP, The Emperor Rx, is a collection of songs that expresses collective concerns for human rights, animal rights, climate change, and the overall state of the world. The Emperor Rx is influenced by the tarot card The Emperor when it is reversed in a reading, which signifies abuse of power, totalitarian states, corruption, loss of control, weakness, instability, and megalomaniac tendencies. All of these frightening elements are directly in opposition to the principles of the band. Their passion bleeds heavily throughout this politically-charged album, illuminating dystopian topics in hopes of drawing attention to political atrocities around the planet.

The band, which playfully describes itself as “witchy,” channels Xmal Deutschland, Siouxsie and the Banshees, and Skeletal Family in their sound. Fast-paced guitar work, shrieks, eerie minor chords, and harmonies make up the signature sound of the band, forcing the listener to dance out their anxieties about the state of the collective and of Earth itself.

Their name is a Polish word meaning “thorn,” and the symbol they chose to use, designed by Devi, is the rune Thurisaz, which symbolizes the power of the resistance.

“It is a rune of protection against that which aggresses us,” explains Devi, pleading with listeners to place the same importance and value on all life, no matter where they are from. “We ask you to question everything… be conscious… think before you speak… think before you act… be aware of the impact you have in society and on everyone and everything around you… there is a ripple effect.”

You hear this theme echoed throughout the collection of songs, particularly in the title track. The powerful opener, “Reclamation”, acts as a sort of incantation exploding the album wide open into a sort of ritualistic exorcism of negative energy. The openers and closers channel the strange experimental recordings of early Fad Gadget, spooky ghosts in the machine floating through the ether.

Other standout songs that stand out on the LP are the album’s title track, whose bass-driven enchantments swirl with a brooding atmosphere, whereas “Vivus Setio” in contrast, sounds like a track cut circa 1983, with buoyant rhythms and riffs that channel a spirit summoned from the height of UK positive punk.

Truly a global union, all members of CIERŃ live in Berlin, but originate from different cities around the world. Devi is from Vancouver; Laura is from Perth, Australia; Edu is from Bogotá, Colombia, and Justin is from Los Angeles.