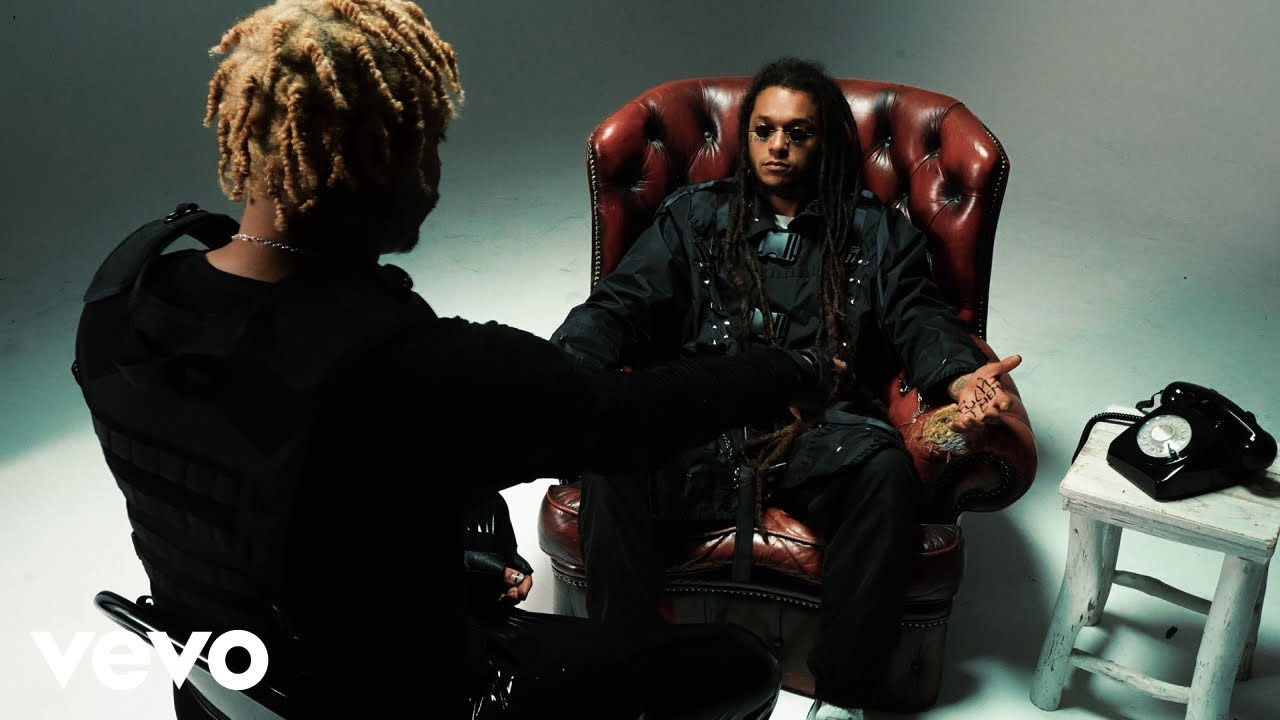 Kid Bookie has released his new track, “Game.” He also dropped a music video alongside the song.

The song was produced by Good Charlotte‘s Billy Martin and features the vocal talents of Slipknot‘s Corey Taylor.

On “Game,” Bookie and Taylor stand on the precipice of chaos but mostly maintain an even and measured tone. Still, there are moments where the two explode into a din of growls with their accompaniment following suit.

In the Matrix-inspired video, Bookie performs the track as the lights above him flash and dim. Taylor comes in halfway through the song to support Bookie. He appears on an old CRT TV as the artist is offered a choice by a Morpheus analog — “Fuck You” or “Fuck Them.” He ends up choosing the latter.

Check out the “Game” video below.