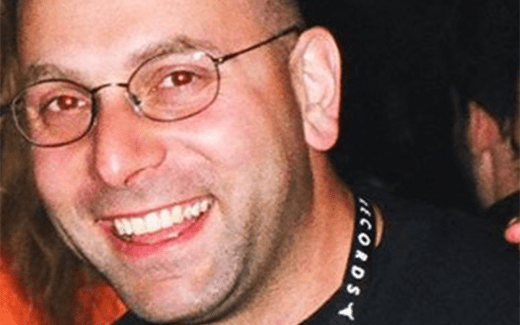 Not content to let the year fade into obscurity, 2022 claimed another one of metal’s own, as ex-Anvil and Overkill guitarist Sebastian Marino died unexpectedly on New Year’s Eve. According to a Facebook post by his friend Bruce Pilato, Marino was working a sound technician job in Florida when he was rushed to a hospital for immediate medical assistance.

“FAREWELL to my dear friend Sebastian Marino, who died suddenly in the early hours of today after being rushed to a hospital while doing a sound job on New Year’s Eve in Florida. Sebastian owned and operated AUDIO IMAGES one of the most acclaimed audio & video production companies in the country. He and I go back to the 1980s and in the mid 1990s we worked together with Linda Rutherford & Celtic Fire, which featured his first wife.

“It was Sebastian who I approached for a road crew when I first started working with Carl Palmer in 2005. Sebastian essentially brought a slew of top quality production people who made up the road crews of Carl Palmer’s band; Asia; Yes and other platinum level acts around the globe. A brilliant musician in his own right (he played guitar for Overkill and Anvil among others)- he was like a best friend to any working musician or road tech’s who interacted with him. He always treated them fairly and often working for less than he should have just so the music could survive. Sebastian… you were a diamond whose legacy will shine on forever. RIP, pal.”

Marino was a member of both bands at various times throughout the ’90s. He was featured in Anvil’s 1991 record Worth The Weight, while he played on Overkill’s 1996 effort The Killing Wind, their 1997 record From The Underground And Below, and the 1999 release Necroshine. According to his Discogs page, Marino was also involved in the technical and production aspects of music making, with credits on multiple records in the late ’90s and early 2000s.

Following the news of Marino’s death, Anvil frontman Steve “Lips” Kudlow posted his condolences to Twitter, calling him a “dear friend” whose absence would be felt.

“Condolences to my friend Sebastian Marino’s family and friends. Seby was a dear friend and I will miss him profoundly!! Worth the Weight was an extremely special Anvil album and it will keep Seby alive through our history forever! RIP SEBASTIAN MARINO”

We at MetalSucks would like to wish Marino’s friends and family our condolences during this difficult time.

The post Former Anvil and Overkill Guitarist Sebastian Marino Passed Away at 57 appeared first on MetalSucks.