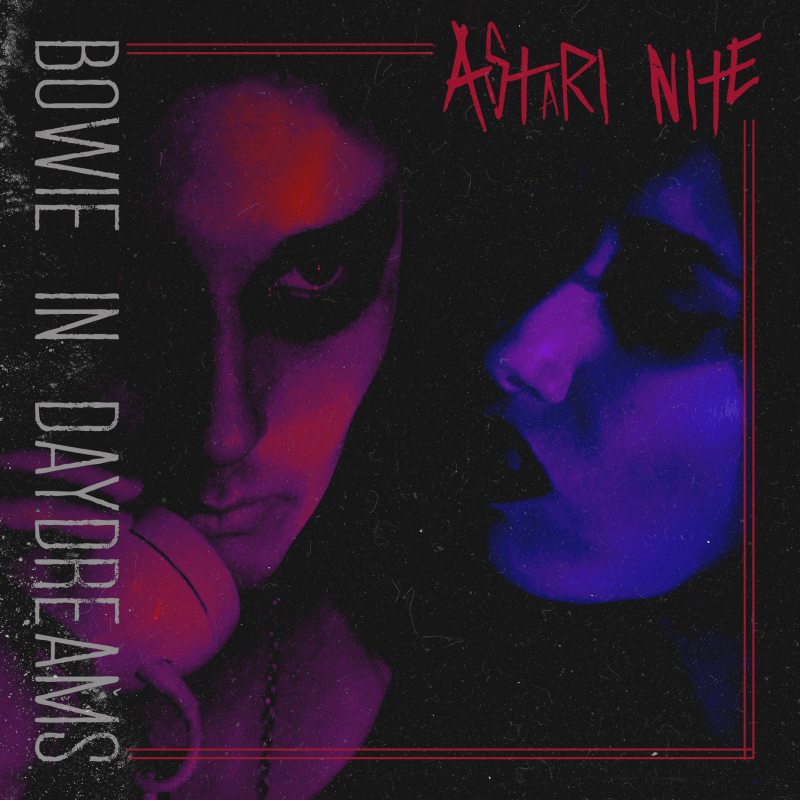 We float through outer space, watch the stars erase
And I’d like to think you felt, the same for me

Loosening the tethers between alternative rock and New Romantic, Miami’s Astari Nite presents a soulful dirge in tribute to both innocence and dark fantasy. “Bowie In Daydreams” is pure dark glam rock ecstasy running off to elope with 90s alternative ballads, as it revels in guitar distortion and theatrical synths galore. It is also a shimmering nod to the poetic and sonic influence Bowie had on countless genres; a fitting encomium on the day of his passing.

We hear the influences of Clan of Xymox, Placebo, NIN, and the Psychedelic Furs in their sound, which is also rife with their signature cinematic themes of the occult. The song also evokes that deranged darkness from Bowie’s 1. Outside, and Earthling, while serving as a soundtrack for a fever dream that pulls you into another dimension.

Reflecting on the filming of BOWIE IN DAYDREAMS, Mychael from Astari Nite muses:

“I felt it was very important for me to conjure my friends who I care for so much. I had this sort of cartoonish idea floating around for a bit that turned out to be a psychedelic nightmare if you will. Illena Frey once again (Videographer), made my thoughts flow naturally as she normally does. I tend to obsess over different periods of music, so here comes Astari Nite’s contributions to the ’90s, respectfully.”

Indeed, the video for the song, is a kinetic montage of ghoulish nightlife visions; the effect akin to when the fuzzy buzz of ‘E’s and wizz’ sours and twists into a downward spiral. The witching hour is nigh in this spooky nightclub, and it’s time for a reckoning.”

Watch the video for “Bowie In Daydreams” below:

Having performed alongside acts such as Peter Murphy, The Damned, Psychedelic Furs, Cold Cave, Vowws, Black Rebel Motorcycle Club, Modern English, and more, Astari Nite have established themselves as a staple of the international post-punk and gothic rock scene. Astari Nite have also made appearances at Wave-Gotik-Treffen, Absolution Festival, Murder of Crows, Out From the Shadows, Dark Side of the Con, and Gothic Dark Wave Festival in France.

The post Astari Nite Haunt a Gloomy Nightclub in their Video for “Bowie In Daydreams” appeared first on Post-Punk.com.