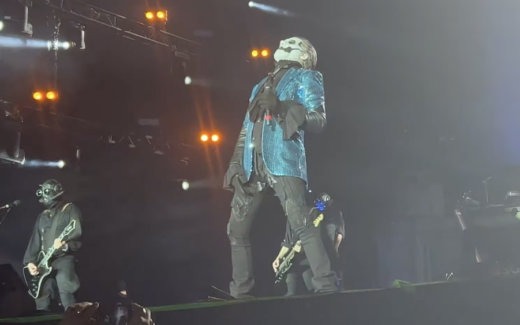 As you’ll see in the video below via Metal Hammer, Forge ends the band’s set without performing crowd favorite “Square Hammer,” telling the audience, “My voice is completely fucked. I cannot take one other song.” While speaking, Tobias puts his hand to his throat.

This doesn’t stop the band from having a massive finale, as you’ll witness below. None the less, everyone at MetalSucks wishes Tobias a speedy recovery. We hope it’s nothing serious, and just the result of playing so many damn sets to promote the band’s new album IMPERA.

Meanwhile, the singer will no doubt be on the mend in time for the band’s upcoming North American tour with Mastodon and Spiritbox. Get tickets to the show at one of the dates below:

*Ghost and Spiritbox only
**Ghost, Spiritbox and special guest Carcass