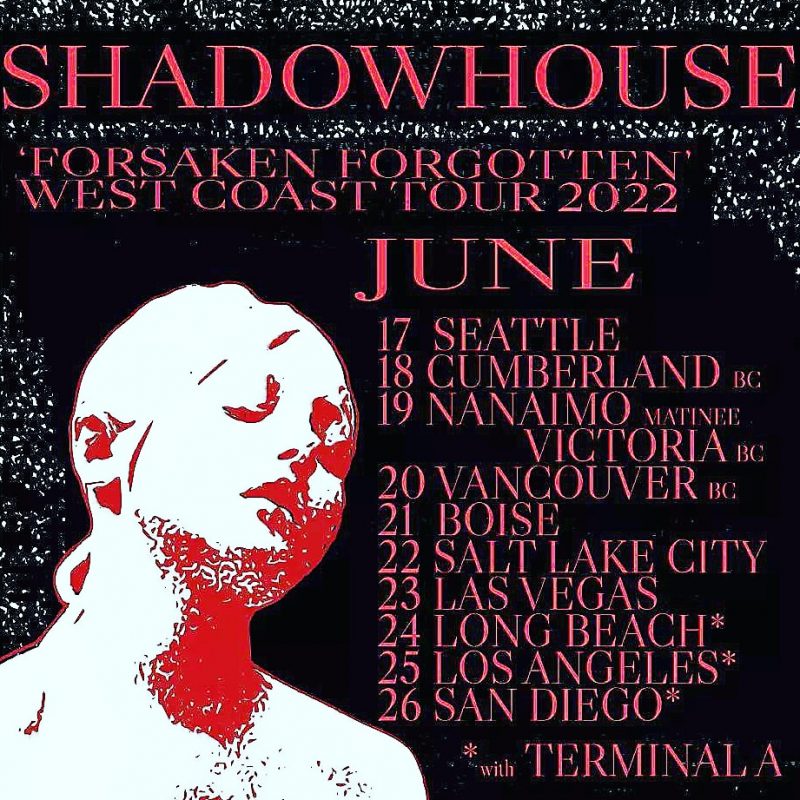 The music of Portland post-punk act Shadowhouse summons a distinct mixture of dark post-punk, goth, and darkwave, with their brooding basslines and icy synths. This is evident in their new single and video for “Bleed”, a song featured on their latest haunting gothic rock opus, Forsaken Forgotten.

Justin Pogue of Vacant Stares co-wrote the track a few years back with vocalist Shane McCauley.
“In writing this song…I wore my sleeve on my heart, says McCauley. “It’s about seeing how selfish and vapid everyone is and they know they are, but they’ll go to great lengths to deny their hypocrisy.”

The monochromatic performance video, their second filmed by Wayne Moreheart, (ACTORS, Korine, Spectres, Girlfriends and Boyfriends). Both a lyric video and a moody illustration of a touchy subject, Moreheart’s cinematography captures both individual crisis and the highly artificial, combative zeitgeist of today.

Shadowhouse’s Forsaken Forgotten is out now via CD and a limited edition of 300 vinyl via Icy Cold Records.

Shadowhouse is set to embark on a West Coast tour on June 17th. See dates below.