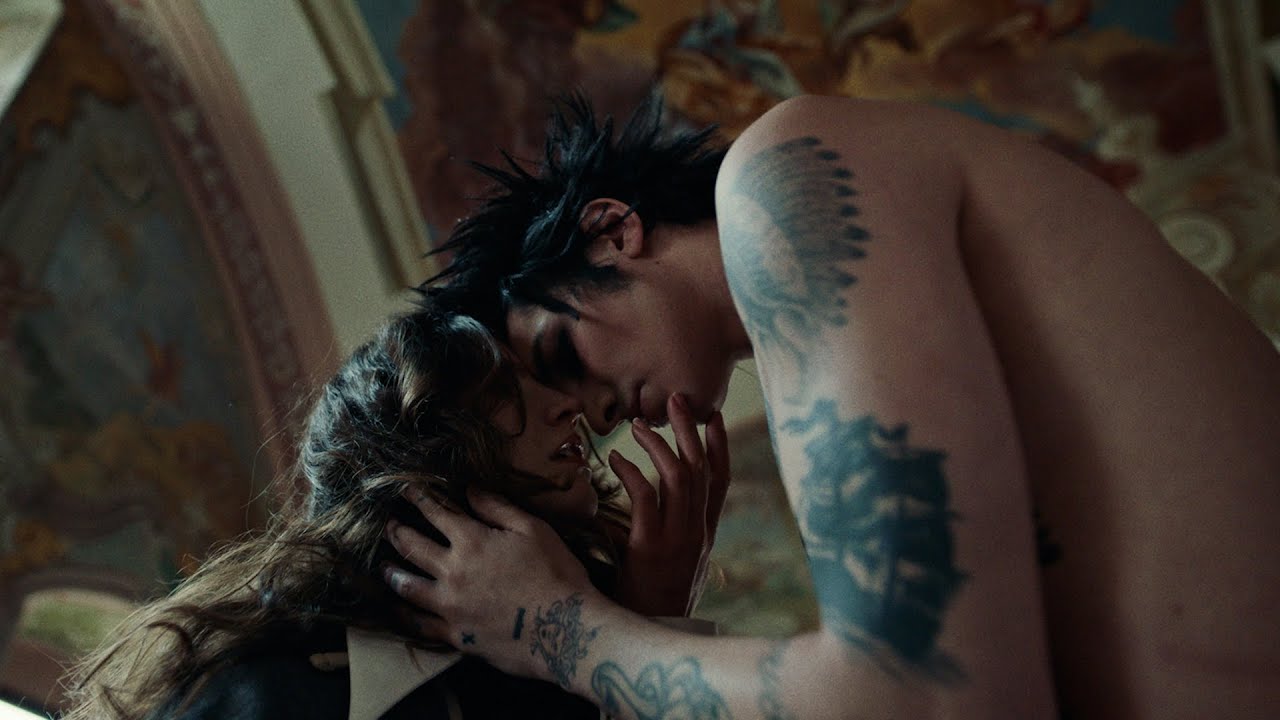 Palaye Royale have dropped new single “Broken” via Sumerian Records. The track was produced by Chris Greatti, who recently worked with Machine Gun Kelly and YUNGBLUD.

In the track, Remington Leith muses on toxic relationships. The verses see him tenderly expressing his regret that he couldn’t be better to his previous partner. During the chorus, Leith shatters this calm, frustrated that he might not have the opportunity to correct his mistakes.

The video shows Palaye Royale in a monastery in Prague. The lead singer’s penitence is palpable as he crouches just above the dust-licked chapel’s floor.

In a press release, Leith decoded some of the symbolism in the video.

“In moments of darkness, it is crucial to find the light and grow into something even more beautiful,” Leith says. “Being broken means you have the opportunity to piece yourself back into an even better version.”
Check out “Broken” below.