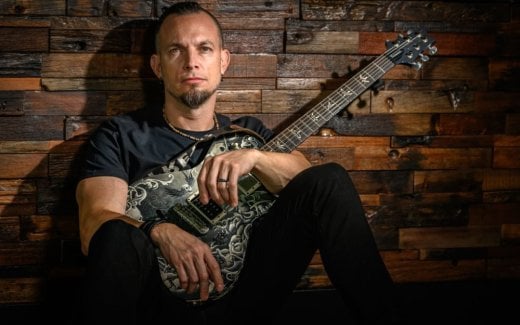 Leading up to the announcement that Zakk Wylde would be filling in for the late “Dimebag” Darrell in today’s Pantera tribute act, fans all over wondered who’d take up the mantle. And while Wylde was almost always at the top of the conversation, ex-Creed and current Alter Bridge guitarist Mark Tremonti says he was once in the running.

According to an interview with Overdrive, Tremonti said he was approached “a number of years ago” by Pantera bassist Rex Brown to try out. And while he admits that having the kind of spotlight on you is something most musicians dream about, he ultimately turned it down for a number of reasons.

“A number of years ago, I was talking with Rex at the Download Festival, and he was talking about a possible Pantera reunion. He looked at me and said; ‘You should put your name in the hat,’ and I was like; ‘No way, man!’” You have to be a certain type of personality to take on that role.”

That’s a particularly astute realization from Tremonti. Given how ravenous Pantera fans can be, he said things could have gotten ugly for him while Zakk Wylde is often considered the right choice among fans.

“It’s not just about the playing, it’s very much the personality, and Dime had a huge presence. Put it this way, nobody’s gonna flip off Zakk Wylde onstage, they very well might do that to me, but there’s just no way I would put myself in that situation.”

There’s no denying that Tremonti is an amazing guitarist and probably could have held his own on stage with Pantera. That being said, he’s absolutely right about how fans could have ended up treating the guy from Creed. They certainly would be less likely to welcome him with arms wide open.

The post Mark Tremonti Turned Down Rex Brown’s Offer to Try Out for Pantera ‘Years Ago’ appeared first on MetalSucks.