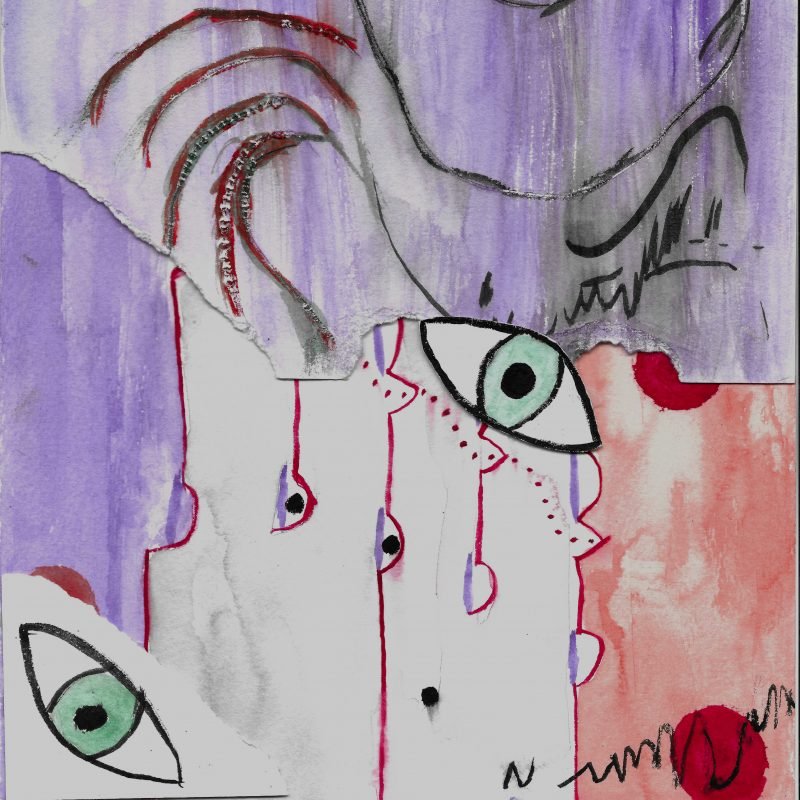 wild Arrows’ Mike Law sure knows how to write a great hook, channeling his kinetic energy into his infectiously catchy “Crowded House”, off the upcoming album Loving the Void, out June 17th.

“This is one of the only songs that I’ve ever recorded where I kept the first vocal take I did, kind of as I wrote it in the moment,” says Mike Law. “It was a bit like automatic writing, actually. I had the chorus in my head for a few years but the track was just a drum beat and a bass line with no verses…It’s a chaotic track about being a person who lives a lot of their life at night and on tour. I hate going to sleep and I lived much of my life going to bed at 4am so a lot of those distortions are juxtaposed in Crowded House. I even tried to paraphrase a Cure lyric impromptu from Let’s Go To Bed while recording that original first vocal take, but I gave up mid phrase and left it in the song.”

The track, mastered by Alex DeTurk at the Bunker in Brooklyn, “runs through a litany of youthful confusion,” with delightfully unexpected Figures On A Beach-esque synth interludes and a hypnotic chant reminiscent of MGMT, Sonic Youth, and Odelay-era Beck. It’s fun in that irreverent 90s eclecticism, sounding vaguely retro but very much of its time, original and fresh with a nod to the past.

Closely aligned with the DIY scene of Boston and later NYC, Law has released a dozen records with his bands EULCID, New Idea Society and now Wild Arrows. Law has shared stages with an eclectic crew of musicians: Fugazi, Violent Femmes, Minus the Bear, Beach House and Converge. Law even appeared in a group video singing with Patti Smith, Michael Stipe, and Joan Baez to get out the vote.

Law says of Loving The Void, “It’s definitely a conceptual album. There are pieces of in-between songs that I’ve been playing since I was 17 and it’s meant to be heard in order. There’s a build, not in intensity but in purpose.”

You can also pre-save the single on Spotify here.