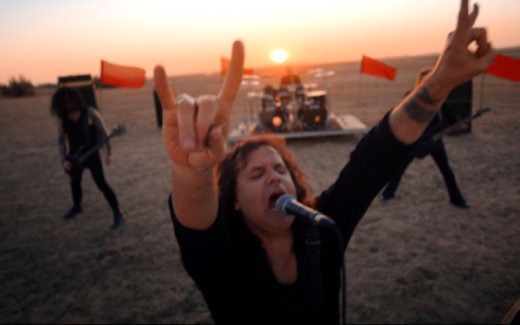 This week, Mille Petrozza of thrash legends Kreator is our guest! We discuss his love of coffee and how Kreator got into the coffee game, what metal-branded coffee he would vouch for, what he always wants to achieve when writing a new album, the pandemic not being good for him creatively the way it was for many other bands, and why now was the time to write a song about the metal community.

He also talks about how filmmaker Ari Aster influenced the music video for “Midnight Sun,” missing Nirvana at small clubs when they played in Germany years ago, how the European festival circuit killed a lot of competition, and the difficulties of living and maintaining a healthy lifestyle on tour.

Petar and Sylvia discuss Motley Crüe’s return to the stage, all the build up by the band prior to the show, the drama that happened immediately after the first show, and Herman Li from Dragonforce exalting the guitar virtuoso known as Kurt Cobain.

The post Kreator’s Mille Petrozza on The MetalSucks Podcast #443 appeared first on MetalSucks.