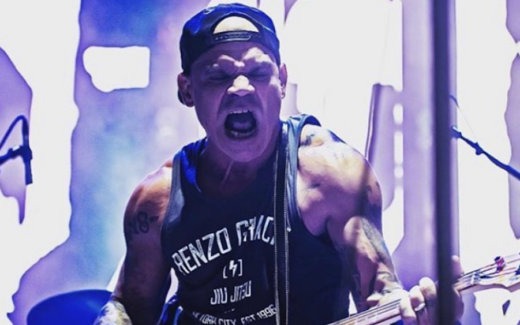 The hardcore OGs are fighting again. Cro-Mags founder Harley Flanagan has filed a lawsuit against ex-bandmate John Joseph for improperly advertising a show using the Cro-Mags name, which Flanagan owns the copyright to.

According to the New York Post, the suit, which was filed in a Manhattan federal court, cites a Tompkins Square Park benefit show (apparently, the park is the new home for hardcore beef) that was advertised as Cro-Mags Jam. Because of a previous settlement that gives Flanagan the rights to the Cro-Mags name, while Joseph and fellow ex-Cro-Mag Mackie Jayson may only use Cro-Mags JM, the suit alleges that the event name created confusion.

“The impermissible phrase Cro-Mags JAM suggests that Mr. Flanagan, the original member of Cro-Mags, would be conducting a jam session with other musicians—which is obviously not the case.

“This clearly constitutes unfair competition, trademark infringement, and a material breach of the Settlement Agreement, as it is an impermissible use of Plaintiff’s CROMAGS Mark.”

Flanagan is seeking a permanent injunction — a final say — against his former Cro-Mags bandmates.

“When you have fought for something that is yours as hard as I have and spent the kind of money that I have you have to protect what you own you can’t just walk away from it when people decide to violate the terms. I have no problem fighting for what’s mine anybody who knows me knows that. I’m not afraid to do what’s right and I’m not afraid of anyone. So until you’ve had to fight for something that is yours as hard as I have you should shut the fuck up. And the New York post in particular has always taken every opportunity they can to shit on me and twist the truth. I wonder if it’s because the NY posts editor used to have a crush on my wife. Sorry buddy fuck you and your rag of a paper.”

According to the New York Post, Flanagan’s wife Laura wrote a cease-and-desist to Joseph telling him not to use the name.

This is far from the first time Flanagan has beefed with former Cro-Mags members. In 2012, he allegedly stabbed former members Michael Couls and William Berardo at CBGB Fest at Webster Hall. Charges were dropped in the case and Flanagan later cited self defense.

The post Harley Flanagan Sues John Joseph Over Use of Cro-Mags Name at NYC Show appeared first on MetalSucks.