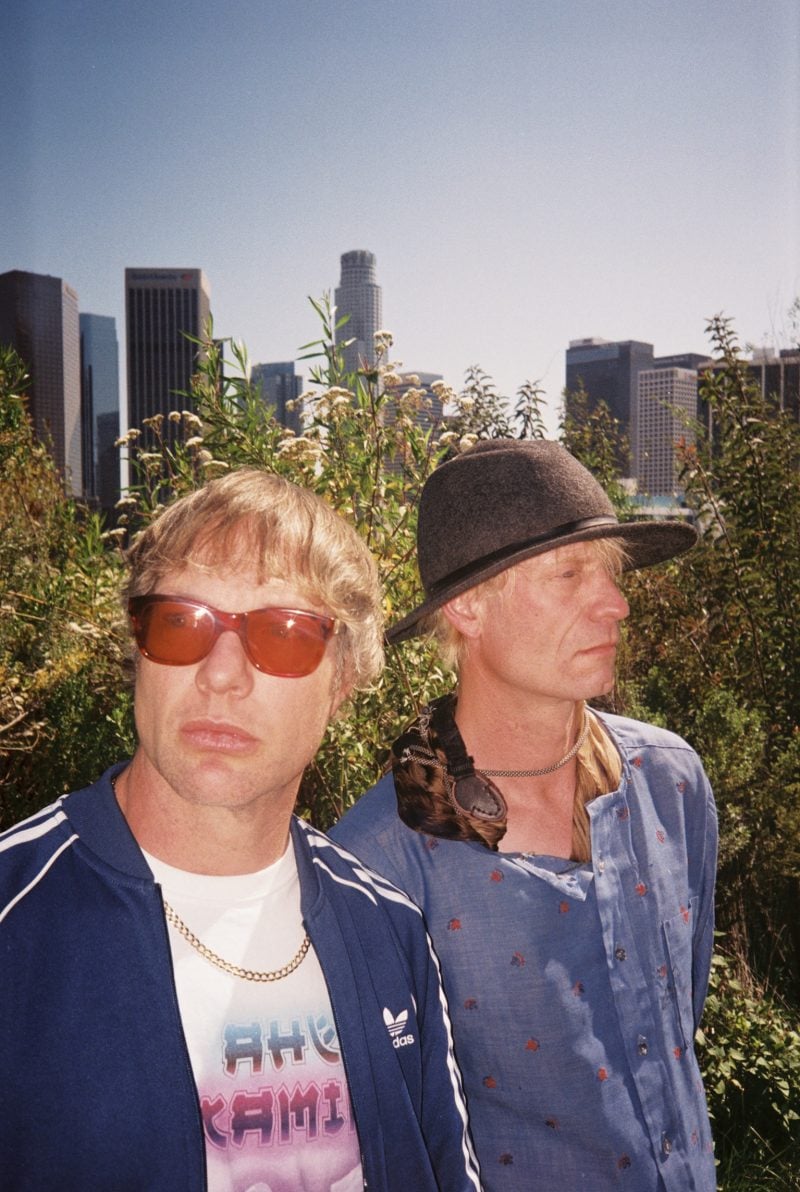 Experimental music duo Collapsing Scenery, aka Don De Vore (Ink & Dagger, Lilys, The Icarus Line, Amazing Baby) and Reggie Debris, is a long-running creative force that was founded after a collaboration in programming events with D’agostino and Fiore Gallery on the Lower East Side that led to a more prolific and sprawling DIY artistic project.

Straddling the gap between music, art, film, and politics, the creative output of Collapsing Scenery weaves itself seamlessly between each domain with the same ease at which they traverse the globe, soaking up experiences and immersing themselves in different cultures. Since forming in 2013 “under a pall of paranoia and disgust,” they haven’t stopped moving.

The band prides themselves at being entirely DIY. “We’ve tried to mostly play in spaces outside of the usual club circuits,” says Debris. “We generally play in basements, warehouses, garages, parks, galleries, living rooms – and traveling with our own sound-system, power supply and visuals has enabled that. We’re 100% self-contained.”

Their latest offering, a shoegaze-tinged lamentation called “Gold Rush,” is a cynical love song for the final battleground between humanity and environmental devastation. It’s an emotional dirge; a serious message peppered with platitudes – and just a dash of electronic whimsy to really set the stage for tragedy. Sonically, this track belongs in the same woodland den as Fleet Foxes, Grizzly Bear, and Panda Bear (ironically, bands named for animals themselves threatened by capitalism and climate change). It’s the stark realization that we were sold down the river, and now must accept our fate.

Collapsing Scenery’s forthcoming new album, A Desert Called Peace is a collection of songs encompassing global and personal crises. The title of the album is adapted from Tacitus’ account of the possibly apocryphal Caledonian chieftain Calgacus, and his legendary critique of Roman conquest: To ravage, to slaughter, to usurp under false titles, they call empire, and where they make a desert, they call it peace.

The album features appearances from Avalon, L’espiral, RugiRugz, and the reggae legend Tippa Lee. Its sound encompasses dance hall, techno, post-punk, Brit-pop, darkwave, industrial, free jazz and funk/soul. The lyrics address topics ranging from Catholic integralism and the so-called ‘New Right’, to the strange interregnum between the death of one era and the birth of the next, to the ways in which our technologies mold us.

Gold Rush is from the band’s album A Desert Called Peace out March 10.