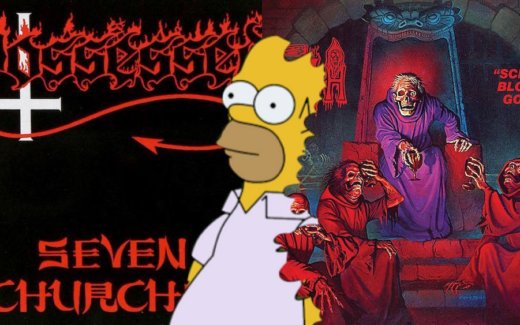 Last month, former Death drummer Kam Lee publicly stated that Death mastermind Chuck Schuldiner ripped off Bay Area band Possessed, officially cementing the latter act as the first death metal band. Lee also went on to say that he was kept from being part of the documentary on Chuck’s life because people didn’t want him saying that. Now, Kam has walked back those comments, saying that he didn’t really mean ‘ripped off.’

During a recent interview with VWMusic, Lee was asked to elaborate on his statements. Here’s what he said:

“I guess that was actually a bad choice of wording. Saying ‘ripped off’ makes it sound bad. I guess the proper wording should be ‘took heavy influence from.’ Although you could say that I ripped off Hellhammer and Tom G. Warrior, and I’m not going to get butthurt about it. I won’t because it’s fact. Yet some people don’t care about facts. They just want to keep believing the fiction they bought into because it fits the messianic mold their ‘hero-worshipping’ icons have been fitted for. It disrupts their ideology and topples the tower when they hear their gods might not be as almighty as they once believed. It’s that same sunken feeling when a kid for the first time is discovering that just maybe Santa Claus is not real. It hurts their feelings. Worse yet are those others out there manipulating those people who are hurt. Some people are just trying to jump on the pity party bandwagon with that one.

“I got a lot of hate from that statement, though it wasn’t intended to downplay Chuck’s influence on music, but rather to end the debate of who came first, Death of Possessed. Sadly, morons spun it to change the narrative, to fit their agenda, and to further instigate and cause strife.”

However, Kam then goes on to say some ultra-vague but kinda sheisty shit about how Chuck’s legacy is more a marketing ploy than anything else. Or something.

“Do I feel Chuck’s influence is overstated? Let me put it this way — for the ‘product and commodity,’ his legacy became post mortem. In order to keep reselling and repressing albums, it’s exactly what it’s being marketed as. No, it’s actually exactly what one should expect from a product sales pitch. I mean, you’ve got to make sure that your product is the people’s choice, right? It’s Coca-Cola vs Pepsi. McDonald’s vs Burger King. Starbucks vs Dunkin Donuts. In the end, the company with the better commercial is always going to win over the masses.”

Keep your eyes peeled for the news that Kam is amending his comment about Chuck’s legacy.

The post Ex-Death Drummer Kam Lee Walks Back His Claim That Chuck Schuldiner “Ripped Off Possessed” appeared first on MetalSucks.