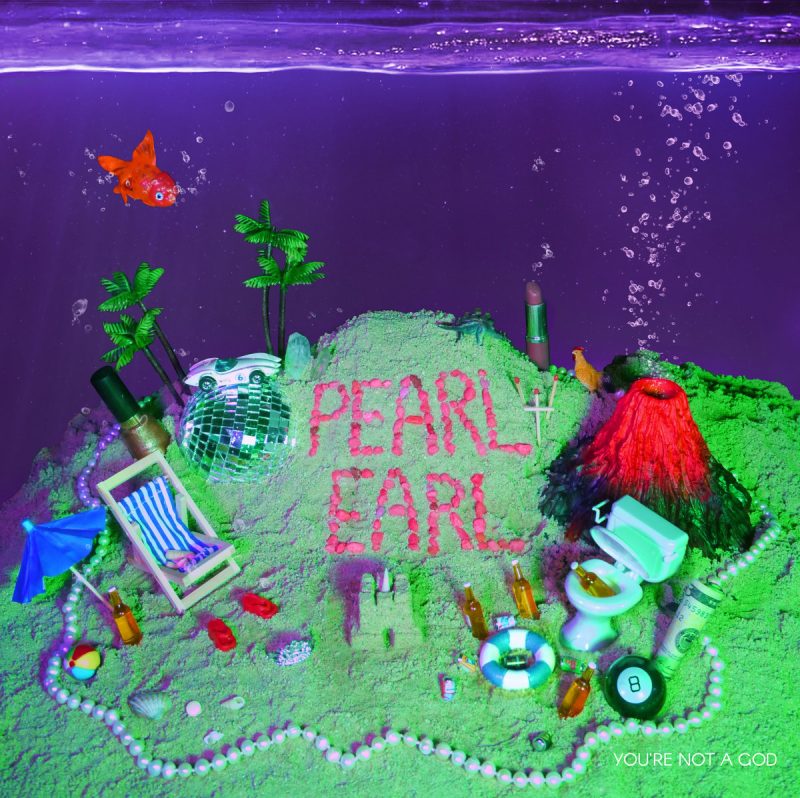 The proverbial ‘golden calf’ of Judeo-Christian teachings was described as an object of worship symbolizing virility, crafted in response to the Israelites’ desperation for a divine guidance. As Moses was receiving the Ten Commandments on Mount Sinai, the Israelites grew impatient. Aaron, the brother of Moses, crafted the Golden Calf – a familiar Egyptian idol – to pacify their anger and prevent a revolt. This action angered their God, who planned to “consume” (or kill) them as punishment, but Moses intervened. The lesson here is that the lure of gold can corrupt even the most rational of people.

This parable, of course, has a modern counterpart. As society struggles with violence, disease, and war, people seek their own guidance – and many forms of a new age ‘golden calf’ pacify – or at least distract from – that need. Los Angeles band Pearl Earl directly addresses misguided idolatry with their acerbic new single, “You’re Not A God,” out now via Green Witch Recordings. At once mocking the concept of celebrity and exalting the death of the Ego, lead singer Ariel Hartley weaves an acid-tinged satire of influencer culture.

Materialism, star worship; capitalism, and consumerism can temporarily prevent a revolt from the masses. These virtual saviors in troubled times are all too happy to feed their ego with retail therapy, influencer TikToks, and celebrity soap operas, but is it the true path to happiness? And what do we sacrifice as a result?

The lyric video for “You Are Not A God,” directed by Brooklyn-based underground video artist Preston Spurlock, is a glitchy VHS collage of infomercials and found footage mirroring the song’s critical take on consumerism and celebrity. It invites the viewer to actively partake in their own ego death by breaking down the seduction of advertising. Sonically, we hear Missing Persons, Berlin, Lene Lovich, Syd Barrett, Flaming Lips, and the Dandy Warhols in this effervescent offering, and this nostalgic sound works well with the images of consumerism of a bygone era.

Formed in Denton, Texas, and currently based in Los Angeles, Pearl Earl have played numerous festivals around the U.S. including SXSW, Levitation Austin, Norman Music Festival, River Revival, Freakout Fest Seattle, and Fortress Fest. The group is currently preparing to release their latest record this year.

The post Dreamy Post-Punk Outfit Pearl Earl Lambasts Celebrity Culture in the Video for “You’re Not A God” appeared first on Post-Punk.com.