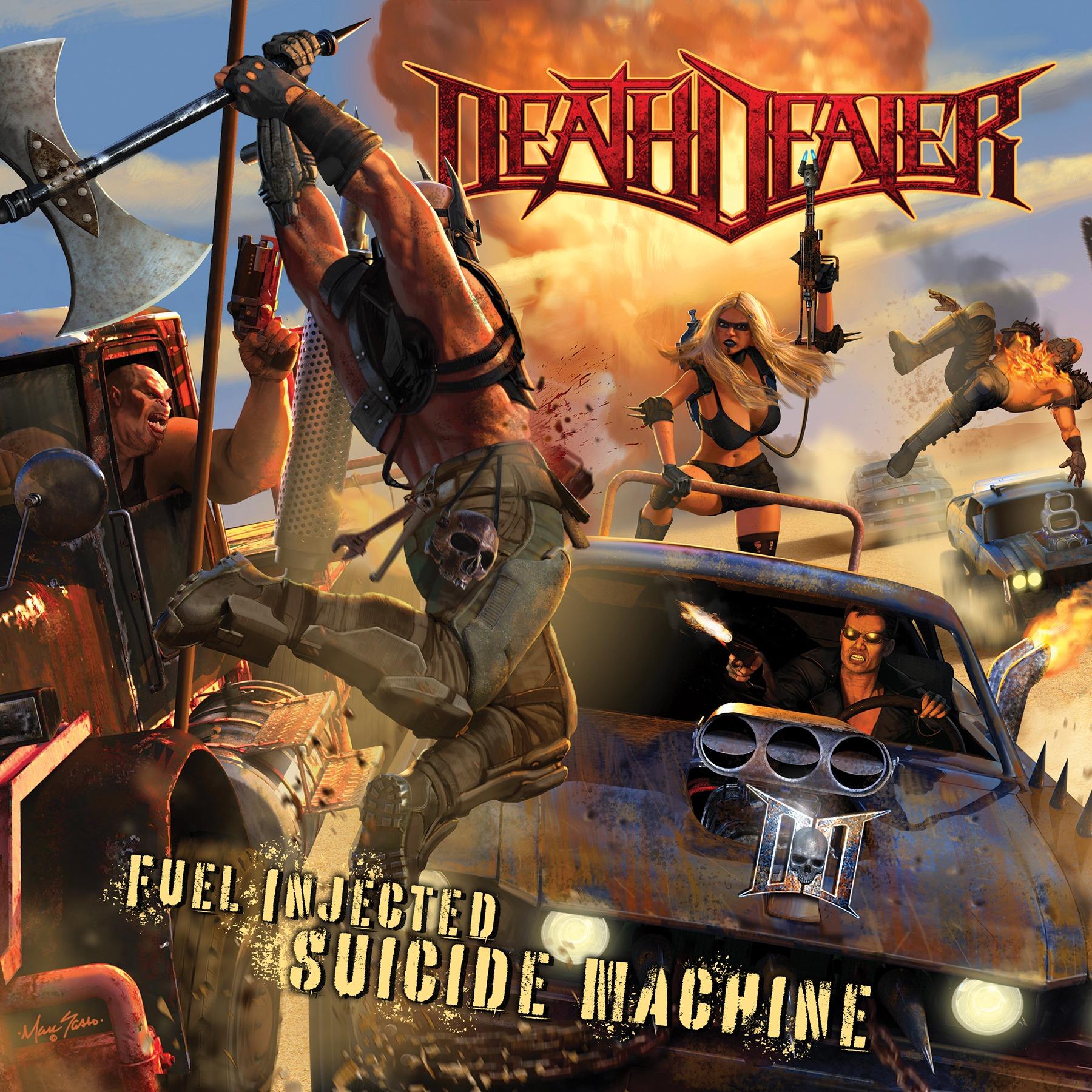 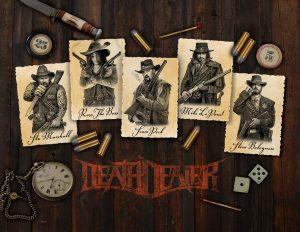 The new EP release features 4 new heavy melodic metal songs of pure melodic heavy metal, goodness, and stunning cover artwork by Marc Sasso (DIO, HALFORD, ADRENELINE MOB, CAGE) and is being released on Vinyl and Digipak FEBRUARY 25th worldwide on STEEL CARTEL RECORDS.  The digipak and vinyl versions both have an additional FREE STEEL CARTEL SAMPLER cd with 11 tracks from such bands as CAGE, SNOWY SHAW, THE THREE TREMORS, SLEDD, SEVENTRAIN, REFEXICON, MONARCH, SPIRITUAL SICKNESS and others.  Many of the tracks on the sampler are new and unreleased!  Each track has an introduction recorded by one of the corresponding band members and they are hilariously entertaining! 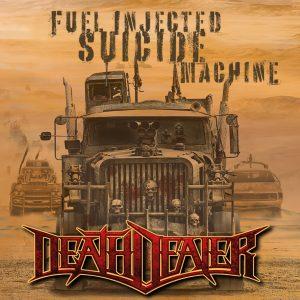 The title track can be heard here via an insane lyric video that really sets the tone for the entire 4 song journey.  The theme of the record harkens back to the MAD MAX series of movies and tales of survival in a dystopian future.

Mike Lepond said “We had such a powerful positive reaction from our last record, that we felt we should get something out sooner rather than later.  We had so much material written and recorded that were able to get an EP ready that is amazing sounding.”

Sean followed up by saying “I am really stoked on how the EP came out it is a great mix of heavy speed songs and classic Death Dealer mid-tempo head bangers too.  The packaging again is stunning looking with custom artwork everywhere and some cool new collector’s elements we have included in the pre-order options.”

Stu Marshall said “We stayed extremely busy during all the COVID bullshit and I happy to formally announce not only is the EP here now, and the songs on the EP will NOT appear on any upcoming releases, but the 4th album is completely done and the 5th album is almost finished as well.  Haaa,it was crazy how the lads and I really grinded out what I feel is our finest metal to date during that period.  After all we had plenty of time on our hands so why not make more heavy metal?”

Ross The Boss chimed in about the release.  “Once again we are focusing on the metal fans out there that love the music and support what we do.  There will only be one song from the EP that hits the streaming platforms so this will not be on Spotify or any of that other shit.  We put our hearts and souls into rock and roll and we got a tremendous amount of support for that stance we took on our last record, both from the fans that bought our stuff and the press that respected us for not just giving it away. Heavy Metal fans treat the music and physical product like a cherished thing of value to hold in your hands and collect.  So this time, same thing we will give you the first track free but we are focused and embrace the hard-cores that support us by buying the albums.”

As usual STEEL CARTEL has constructed some amazing pre-order package combinations that are targeted to the heavy metal freak in all of us and the hard-core collectors.  The RULER OF THE WASTLAND packages include Digi-pak and Vinyl combinations with 2 options for the vinyl colors, a Custom Death Dealer metal key chain, Band sketch print, and 2 insane T-Shirt designs. And as usual there is a “Gotta Have it All” package that has a version of everything included for the ultimate collector.  In addition, all RULER OF THE WASTELAND paks will get 2 brand new, surprise cover tracks emailed to them for free!  In addition, all pre-order packages will receive 2 secret, never to be released cover tracks done by the band both heavy metal classics, but to discover which songs they are you will have to grab a bundle. Like all STEEL CARTEL products, only the Video single will hit the streaming platforms, the rest will remain on physical product only.

STEEL CARTEL is also implementing a new concept for their vinyl releases, borrowed from the comic-book industry which is the addition of “Variant” cover artwork.  The DEATH DEALER EP will be the first product from STEEL CARTEL to implement this. The 1 in 5 cover artwork shown below will be an option available for purchase in the store here.  That means that for every 5 vinyls pressed, 1 of the variant covers is made, making it a rare collectible.