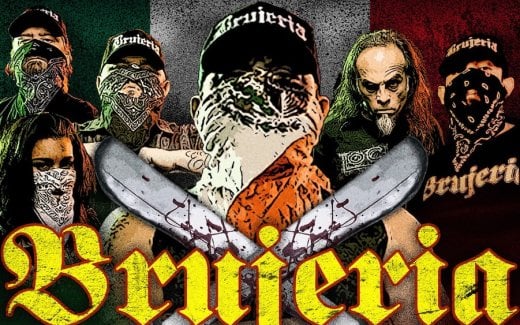 Los Angeles-based deathgrinders Brujeria will hit the road next month to celebrate the 30th anniversary of their debut album, Matando Güeros. The tour kicks off on February 24 in Yuma, AZ and wraps up on March 19 in San Diego.

Total Chaos and Dwarves will open select dates, while Art of Shock will play the tour throughout.

Formed in 1989, Brujeria released Matando Güeros in 1993. The album was controversial due to its artwork, which featured a hand holding a drug dealer’s severed head, an image taken from a Mexican publication. That same design would be repurposed various times throughout their careers, including a shirt that exchanged the image for former US president Donald Trump.

The post Brujeria to Celebrate 30 Years of <em>Matando Güeros</em> with US Tour appeared first on MetalSucks.