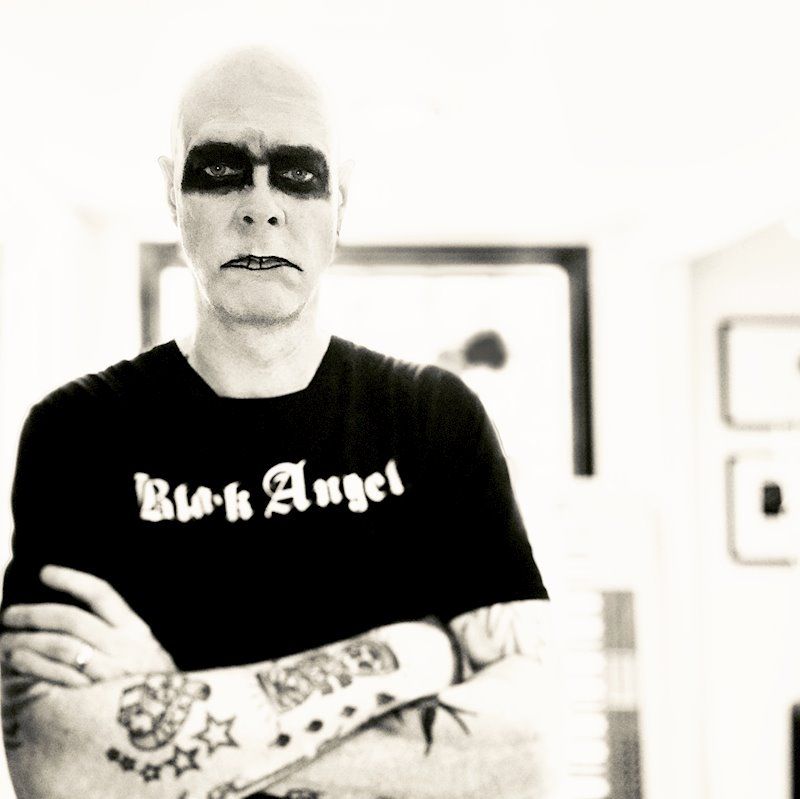 The concept of Prince Of Darkness is to take you on a journey. The record starts out with an introduction to set the tone and to put you in 10th century England. As our protagonist embarks on his pillage through the town, we hear screams from the villagers as they run for their lives. He’s the Prince Of Darkness and causes chaos and mischief wherever he goes.

Inspired by cinematic classics such as ‘Dracula’ (Gary Oldman-1992) and ‘Interview with a Vampire’ with contemporary inspiration on tracks like “Alive” and “Give It To Me’” from the modern aristocratic sophisticated vampires in ‘Underworld’.

Prince Of Darkness contains an equal sharing of traditional gothic rock richness, mostly up-tempo tracks with their usual tip to the 80’s goth stars that came before them. Namely on this endeavor, we have Siouxsie and the Banshees, The Cult, GeneL loves Jezebel and The Damned.

BLACK ANGEL‘s previous album Kiss of Death put the band firmly on the gothic rock map and one year later they are ready to do it again. Pre-release sales have already put them at the top of Bandcamp‘s ‘Gothic Rock’, ‘Gothic’ and ‘Darkwave’ “most popular” genres.

BLACK ANGEL want to take you on a journey, to rejuvenate and promote the listener to the tactile experience of holding an album sleeve notes and reading the lyrics. Maybe to even sing along.

Prince of Darkness is available on CD and in digital format. The band also has plans to release the album on blood red vinyl in the very near future.

BLACK ANGEL came onto the Goth / Post-Punk scene in 2018 with their true 80’s style debut Goth album The Widow. It was well received and inspired them to get back to writing and back into the studio during 2020, working on their follow up record Kiss of Death

English musician and Producer Matt Vowles grew up in the 80’s listening to Bauhaus, Sisters of Mercy, Damned, Cult, Xmal etc and has always been influenced by what he sees as the true Goth period. The great challenge and direction with Kiss of Death was to capture that essence of the 80’s goth style but to not sound like a carbon copy or out dated. Hopefully BLACK ANGEL captures that sound of the era but also brings something new.