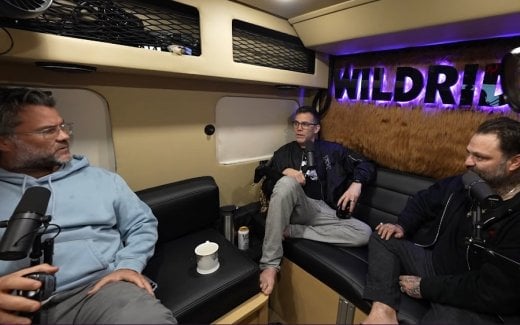 Last month, it came out that skateboarder and Jackass alum Bam Margera had been hospitalized thanks to a severe case of pneumonia that came about as as complication from COVID-19. The dude was hospitalized in a San Diego facility and was in such bad shape that he had to be placed on a ventilator. And while he eventually was able to get out and even got to attend an Amon Amarth show live, the reality of the situation he’d endured was significantly worse.

While speaking on Steve O’s Wildride Podcast, Margera explained that he “basically was pronounced dead,” as he was completely unable to breathe on his own and would fall into multiple seizures.

“I did not know that I had like gnarly COVID — my body was shutting down. I went into four seizures, each one lasting 10–20 minutes. And on the fourth one, I bit my tongue so hard it zde, you’ve been here for nearly a week. We tried to take the tube out, and you weren’t breathing on your own.’ So I spent eight days there. And, dude, when they took that tube out, I felt like I sucked on Darth Vader’s dick.”

Funny Star Wars imagery aside, that sounds like some gnarly shit. In the nearly hour long conversation posted on YouTube, Margera goes over a wide range of his recent struggles, experiences, and his drive to get better.

At one point, Margera talks about his stint in a psych ward, where he was taking so much medication that it was affecting his ability to sleep. Eventually, things came to a head and his condition worsened while seeking treatment.

“At one point, I was on so many pills at once that my thing was, I would wake up around 3 a.m. [and] sleepwalk till I knocked myself out like fainting or whatever,” he says. “And an ambulance would come, they’d take me to the hospital, check my head, do an MRI [or] CT scan [and] realize that I’m okay. The very next night, same thing, same time — I’d knock myself out sleepwalking. I did this for a week straight.”

To hear everything he’s gone through, it’s absolutely insane. He also manages to clear the air about the supposed conservatorship he was under, and discusses potential new avenues of content creation as he seeks a more sober life.

And if the dude’s looking for a model of getting your shit together late in life, it should absolutely be Steve O. And it’s a good thing the two of them are going to be sticking around each other for a while, as Steve O announced that Bam would be opening his comedy shows from January 20 to January 29.