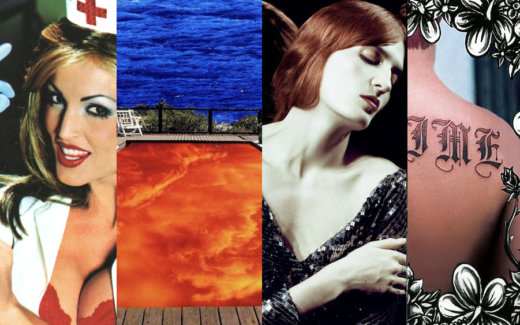 The world outside of metal is a little like mold — no matter how well you seal yourself in, it’ll find a way to come oozing through the cracks in your veneer and infect everything. Metalheads pride themselves on their insular culture, but even they can’t beat back Society At Large their entire lives. Eventually, diehard headbangers living on the edge also have to pay rent, go to weddings, and deal with the IRS. And if there’s one way in which the world squirms into our homes and spoils everything, it’s through music.

There were just some non-metal albums that you couldn’t avoid once upon a time. Whether it was because those records were sort of metal, or because they were popular among folks who hung out with metalheads, or because the songs thereon got played eighty million times a day on the radio, these albums became part of metalheads’ lives whether we liked it or not. And no matter how many Who? comments we write on social media, it’s impossible to act like these releases didn’t in some way influence you, for better or worse.

During the 40 Oz. of Freedom days, Sublime were just cool enough to still feel underground. They had songs like “Smoke Two Joints” and “Date Rape,” and really courted that scary Mr. Cartoon LA vibe. And while the self-titled record had plenty that, too – “Wrong Way” is still rough as fuck – its big singles “What I Got” and “Santeria” inundated the airwaves and MTV. Couple that with Bradley Nowell’s tragic death and the boom of East LA skater culture, and this one was just too big to dodge.

The catchy parts of Stankonia were just too catchy to ignore. When you heard “So Fresh, So Clean,” “B.O.B.,” or the absolutely unbeatable earworm of “Ms. Jackson,” that shit lived with you weeks on end. On top of that, Outkast weren’t yet the biggest hip-hop act on the planet, so there still seemed to be a sense of the underground to the record, even as it was playful and easy to consume. At a certain point, depending on who you wanted to grind against on the gym dance floor, you learned to like this album.

Mentioning Hot Fuss to a British metalhead will get you a sneer of contempt and some bizarrely venomous comments. That’s because while it was huge around the world – and hey, it made the Killers stars, it was a big release – it was like Britney Spears over in the UK. The Brits got absolutely crushed under the weight of this record, making it THE pop album that a generation of headbangers aligned themselves to stand against. Yeesh, mate, “Mr. Brightside” ain’t that bad!

Jesus, it’s hard to explain how many times an hour you could hear “What It’s Like” on rock radio in 1998. The track became the laid-back ballad of working-class tattooed dudes the instant it hit the airwaves. All of a sudden, Everlast was appearing at rock and metal festivals, playing this song and erasing from fans’ memories that he was the guy from “Jump Around.” Do kids today even know about Whitey Ford? About what a goddamn smash hit it was?

So much of the “hipster” movement’s art in the late 2000s and early 2010s felt like some twee, forcibly-ironic bullcrap, but Ceremonials really struck a chord with the goth and metal fans of that day. Florence + The Machine’s reverb-drenched melancholy and the spooky sinfulness of tracks like “Seven Devils” and “Bedroom Hymns” definitely landed big with witchcraft-obsessed subterraneans. So when the entire planet went apeshit on this one, it wasn’t the worst thing in the world (thrash fans might not have been happy). Maybe the album on this list we still like the most today.

When it first popped off, Enema of the State wasn’t so bad. Slicey guitars, sophomoric lyrics, solid suicide song – cool, hey, like the Offspring with a chocolate coating. But man, the record got SO overplayed, and the world SO oversaturated with blink-182, that it kind of did itself in. Metalheads would never abandon pop-punk – the two genres had too much in common – but they certainly became irritated by this album in the end. “All The Small Things” was a fine song, sure, but how many times can MTV play the video before it stops being a boy band parody and starts just being The Thing?

It might be unfair to include this entire record, because it’s really just one song. That said, you couldn’t go to a party between 2008 and 2010 without hearing “Umbrella,” played loudly, over and over and fucking over again. Rihanna had other hits, and later became a massive pop-culture phenomenon, but it was that song – that fuckin’ Ella ella hay hay – that shouldered its way onto every stereo within a five-block radius of the listener. A single we all absorbed by osmosis.

How did the ska-est of all ska albums from the late ‘90s become an album that everyone owned? Maybe it was Less Than Jake’s earnest-ass message cloaked in ironic-ass titles like “All My Best Friends Are Metalheads” and “Scott Farcas Takes It On The Chin.” Maybe it was the tiki- and swing-leaning cover on top of all these rowdy punk songs. But maybe it was just that this record is so much goddamn fun, and so easy to get drunk to, it would be impossible not to love it. Either way, somehow, we all ended up skanking at one time or another.

For plenty of fans, Californication was the Chili Peppers’ mainstream post-junk album. But for the public at large, it was their shining moment, an album as infectious and polished as the era during which it was released. Singles like the title track, “Scar Tissue,” and “Otherside” were on rock radio constantly, and their videos were impossible to miss on both MTV and VH1, appealing to everyday listeners and a generation of rock fans who were finally old enough to just want something comfortable. The tribal tattoo of rock albums.

There were just too many singles to escape it. Jagged Little Pill certainly had a little edge on it – that was the reason it was so popular, it had a real acerbic feminism to it – but it was more that every track on the record seemed to become a #1 hit. You had the angry one, the repetitive one, the one with the video where Alanis Morissette’s personality breaks into different versions of herself – the works. Some records just land at the right place at the right time, and this one landed everywhere.

For a hot second, Sing the Sorrow was an album that every metalhead cited to show they were interested in music other than metal. AFI‘s transition from spooky hardcore to heavy, thoughtful goth-punk invited countless black-clad horror fans into the fold. As such, Sing the Sorrow became a record which showed how ready you were to branch out, and that you weren’t just some metal kid who wanted to hear growling all the time. Which is probably why you just couldn’t get away from it back in the day.

It makes a lot of sense, from a marketing standpoint, why Eminem was so quickly pointed at rock audiences when The Slim Shady LP dropped. A white guy rapping about murder — Korn fans would love it, right? And they did — “My Name Is” quickly became a heavy-rotation track on rock radio stations around the country, causing countless rock fans to delve deeper into hip-hop music than ever before. We’ll hear that song in our fucking dreams.

We all had that friend, and they all made mixtapes. Ani DiFranco was the ultimate artist of crunchy women with earnest opinions who appreciated actual musical skill on the guitar, which Ani had in spades. The result was a million and one mixes with “Overlap” on it, and Out of Range‘s color-block album sleeve showing up on the walls of bedrooms across the nation (and in every forward-thinking teen movie in the ’90s). Don’t act like you didn’t hug a pillow to one of these tracks, dude!

The post 13 Non-Metal Albums That You Couldn’t Avoid Back In The Day appeared first on MetalSucks. 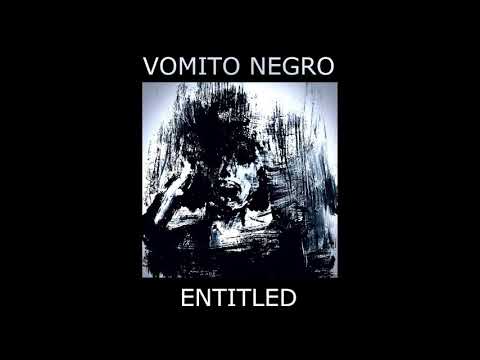 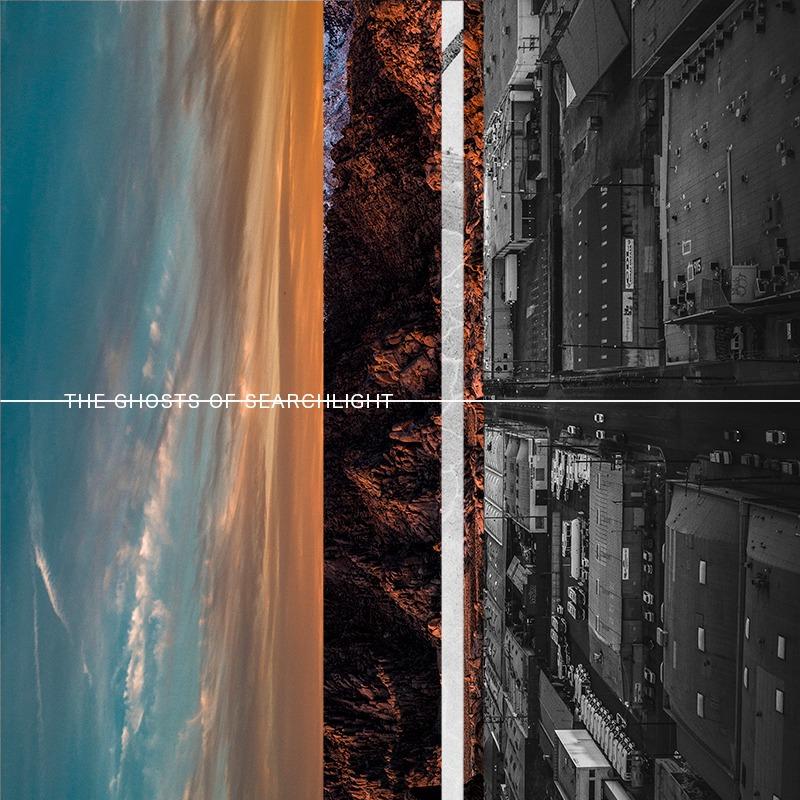 Ghosts of Searchlight’s new album is a masterpiece Flatlines Radio Stations
Waterparks enter their next era with “FUNERAL GREY”—watch Entertainment
Undeath Post Powerful Tribute to The Black Dahlia Murder’s Trevor Strnad: “You Were the First Person to Ever Ride For Us” deathmetal 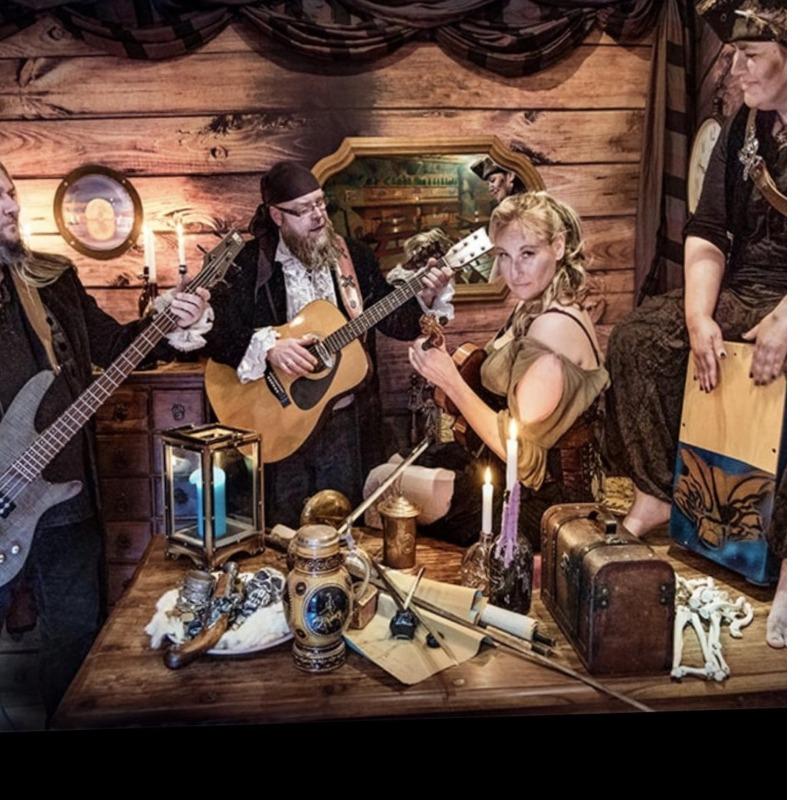